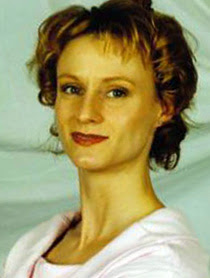 ORLANDO, Florida (AP) -- NASA astronaut Lisa Nowak's bizarre 900-mile (1,450 kilometer) road trip to confront a romantic rival may have been sparked when she uncovered steamy e-mails sent to her boyfriend by the other woman, documents released Monday showed.

Nowak had collected more than a dozen e-mails sent to her one-time boyfriend, space shuttle pilot Bill Oefelein, including one he received during his shuttle mission, according to the documents, released late Monday by the Orange-Osceola State Attorney's Office.

“First urge will be to rip your clothes off,'' Air Force Capt. Colleen Shipman wrote to Oefelein while he was aboard shuttle Discovery in December. “But honestly, love, I want you to totally and thoroughly enjoy your hero's homecoming.''

Sounds like he totally and thoroughly enjoyed it to me.