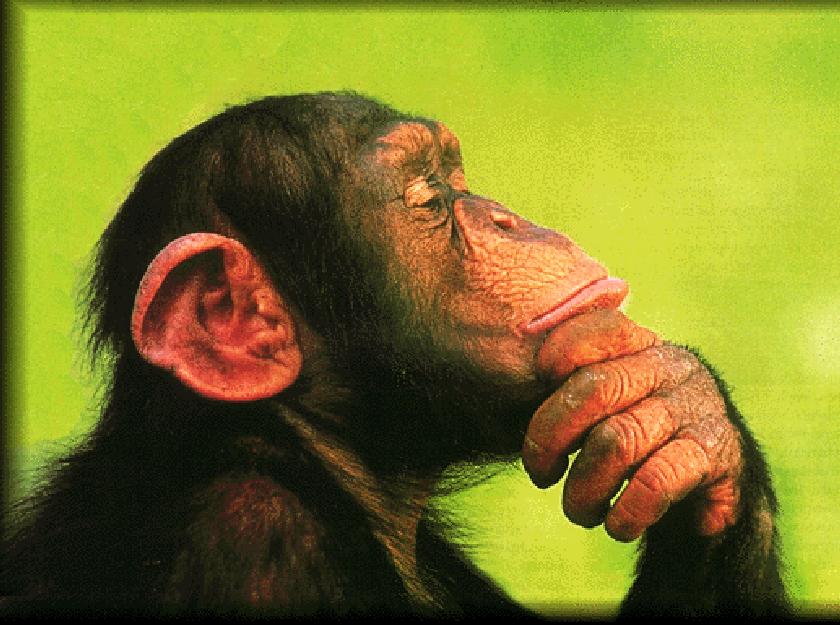 A article in Technology Today discusses a study indicating that Chimps have adapted to their environment more rapidly than humans have.

Scientists generally believed that traits like higher cognitive skills were due to bursts of adaptive evolution, in which key genes accumulated beneficial mutations that contributed to the evolution of the human species.

To test that idea, Zhang and his colleagues analyzed sequences of approximately 14,000 genes from the chimp and human genomes. They compared rates of two types of mutations--those that alter the shape of the gene's protein product and those that leave the structure of the protein unchanged. Genes that have been changed by positive selection have significantly more protein-altering mutations.

The results, published today in the Proceedings of the National Academy of Sciences, were surprising. Chimps had 233 positively selected genes while humans had just 154, implying that chimps have adapted more to their environment than humans have to theirs.