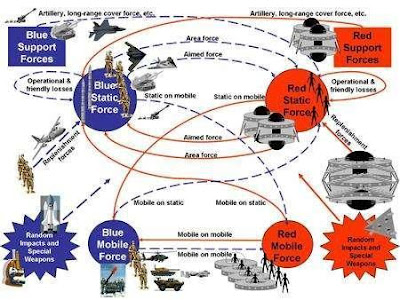 So, in case of alien invasion, what's the best course of action? According to Travis Taylor and Bob Boan, authors of "A Introduction To Planetary Defense"

"...mankind will have to dig in and fight with improvised weapons and hit-and-run tactics, much the same way Islamic extremists have battled the U.S. military in Iraq

The authors are familiar with the Drake Equation and the Fermi Paradox and make the case for the existence of alien civilizations, but still, these guys don't get it. Heck, we can barely imagine what humans will be like 50 years from now. What would aliens with a million year headstart be like? To use another sci-fi catchphrase "Resistance Is Futile".

I for one welcome our alien overlords.