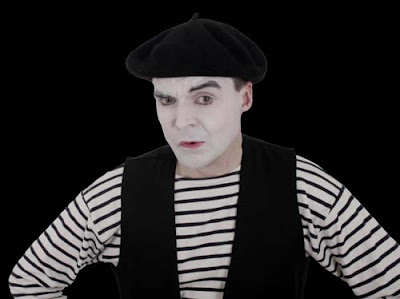 I'd always assumed we'd have to wait for Obama's election before we became a Socialist nation, but thanks to the Wall Street crisis, we didn't have to wait that long. The Bush administration has preempted Obama by beginning the process of nationalization already.  An article on Time.com has a pretty funny comparison with our french "friends".


We're now no different from any of those Western European semi-socialist welfare states that we love to deride. Italy? Sure, it's had four governments since last Thursday, but none of them would have allowed this to go on; the Italians know how to rig an economy. You just know the Frogs have only increased their disdain for us, if that is indeed possible.

What's really scary is that the "fix" for this problem is supposed to be more government intrusion - the very cause of the problem in the first place. Writing in Forbes, Yaron Brook, executive director of the Ayn Rand Institute, points out that the free market has not failed - the market was never free due to congressional meddling.


It is popular to take low lending standards as proof that the free market has failed, that the system that is supposed to reward productive behavior and punish unproductive behavior has failed to do so. Yet this claim ignores that for years irrational lending standards have been forced on lenders by the federal Community Reinvestment Act (CRA) and rewarded (at taxpayers' expense) by multiple government bodies.

The CRA forces banks to make loans in poor communities, loans that banks may otherwise reject as financially unsound. Under the CRA, banks must convince a set of bureaucracies that they are not engaging in discrimination, a charge that the act encourages any CRA-recognized community group to bring forward. Otherwise, any merger or expansion the banks attempt will likely be denied. But what counts as discrimination?

According to one enforcement agency, "discrimination exists when a lender's underwriting policies contain arbitrary or outdated criteria that effectively disqualify many urban or lower-income minority applicants." Note that these "arbitrary or outdated criteria" include most of the essentials of responsible lending: income level, income verification, credit history and savings history--the very factors lenders are now being criticized for ignoring.

The government has promoted bad loans not just through the stick of the CRA but through the carrot of Fannie Mae and Freddie Mac, which purchase, securitize and guarantee loans made by lenders and whose debt is itself implicitly guaranteed by the federal government. This setup created an easy, artificial profit opportunity for lenders to wrap up bundles of subprime loans and sell them to a government-backed buyer whose primary mandate was to "promote homeownership," not to apply sound lending standards.

...We do not need more regulation or economic "steering"--laws or bureaucrats dictating to financiers and investors the kind of innovation they may or may not engage in. If that were the solution to economic problems, then Hugo Chavez would preside over the world's healthiest economy in Venezuela. What we need to do is remove the government's power to coerce, bribe, reward and bail out irrational decisions. The unfree market has failed. It's time for a truly free market.

hey what a cool Mime photo!